SozoSoundz offers the Fibonacci Series. We have the traditional set in weighted and unweighted and also the Solfeggio Fibonacci Set. Select which one you would prefer in the drop down menu in your cart at the top of this page. Both include 8 forks.

What do the Fibonacci Forks do?

These forks bring you into your fullness on the earth as well as heaven. The still point begins with the reality where you are currently at.  This vortex soon connects one to higher realms  and dimensions energetically and spirals you upward. The Fibonacci Tuning Forks also help with balancing the nervous system and thus are a tool in healing trauma and addictions.

What is the Fibonacci Sequence and where did it come from?

Fibonacci was an Italian mathematician who discovered a series of relationships in numbers where numbers after the first two is the sum of the two preceding ones. An example is 1, 1, 2, 3, 5, 8, 13, 21, 34 and etc. This series of numbers are closely related to the Lucan numbers which form a sequence of ratios which are closely connected with the golden ratio. This unique pattern has been named the Fibonacci sequence.

What is the Golden Ratio?

The name is not as important as what it actually represents. As a matter of fact this series is not confined or studied by only mathematicians but by scientists, artists, musicians, historians, architects, psychologists and even mystics. Many have contemplated on how it works and what it means. The sequence of numbers that this spiral makes is often found naturally in life. We see this form over and over again.

A fetus in the womb

The uses for this mathematical phenomenon are endless.

What does this have to do with Sound Therapy?

Just as this spiral occurs naturally in life it also brings us into new and higher dimensions or states of consciousness. The center of it all is what we call the still point. It is the beginning. Traditionally in sound therapy we start with a 256 Hz frequency which is a C. This is a very fundamental sound in the earth. We always need to have a still point before we can energetically enter into a higher dimension of reality. While there is a start to this series there is no end. In sound therapy we have the starting point and go 7 degrees more for a total of 8 frequencies. Each bringing you up to a higher and altered state. In other words this can help bring you into the fullness of your being. With each progressive frequency you are able to move up to a higher dimension of your being or even the heavens.

What is the difference between the standard Fibonacci set and the Solfeggio Fibonacci Set?

At SozoSoundz we offer this set in the traditional and fundamental sounds that are often heard on the earth. This set brings you into your fullness and higher dimensions and  realities while on the earth. Energetically you always need a still point before you can shift into something else. In the Standard set C 256 Hz is the still point which is a sound that is commonly found in nature.

SozoSoundz also offers the Solfeggio Fibonacci set based off the Solfeggio 396 Hz  UT frequency.  In this set the 396 Hz  represents our root energy center as well as the Liberation of Guilt and Fear. Thus the 396 Hz is our still point. Just as in all solfeggio series and Pythagorean math, all frequencies add up to a 3, 6, or 9.

However with the added sequence of the Fibonacci spiral, these frequencies bring us into a higher dimension in the heavens or divine.

Comes with a velveteen bag and activator.

Our thanks to John Beaulieu of BioSonics for sharing this information and techniques. 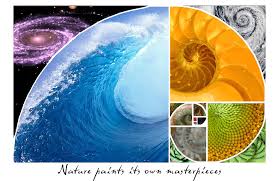